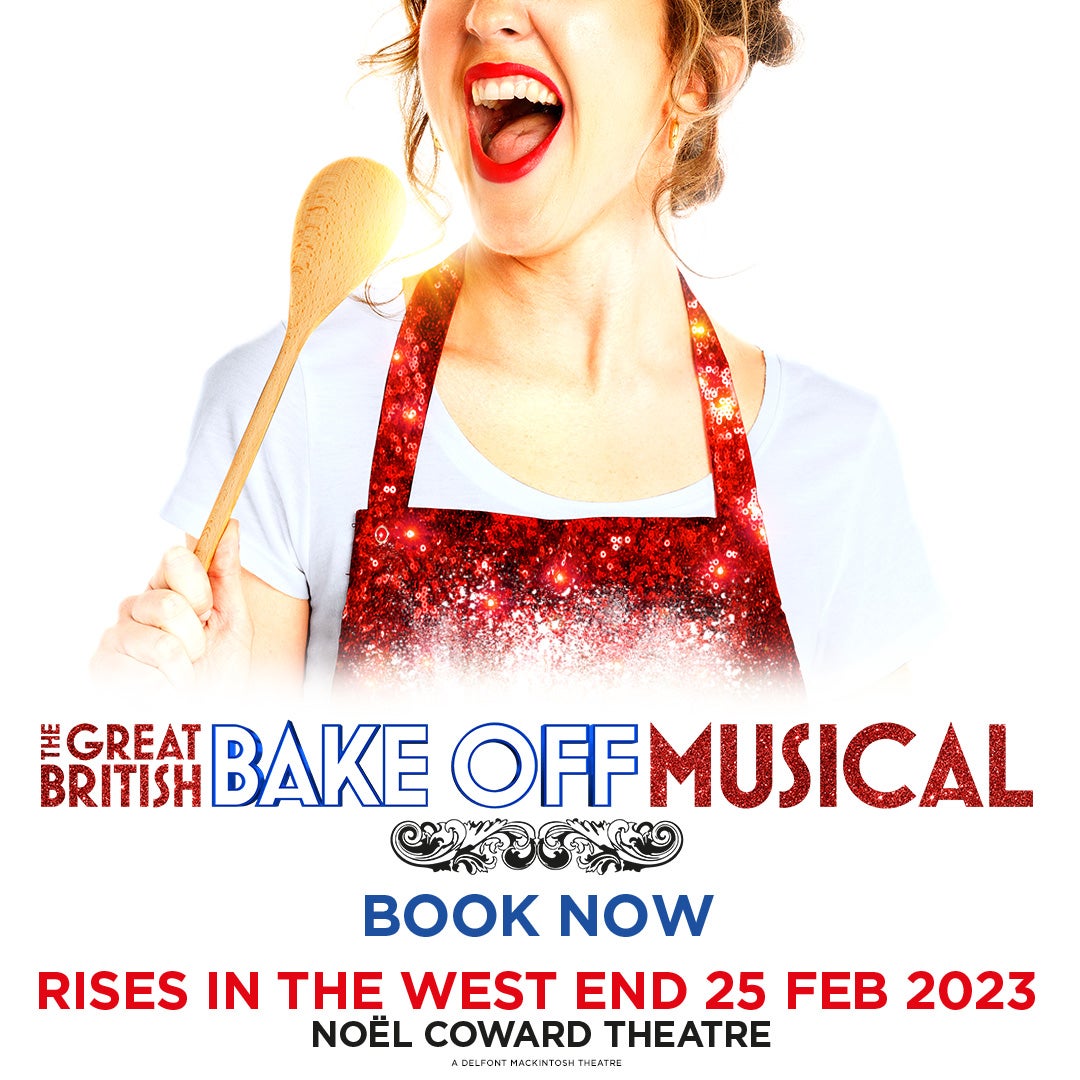 The Great British Bake Off Musical

Do you dream of getting a Hollywood Handshake from the silver fox of baking? How about praise from Prue Leith, a seriously talented baker who also judges the contestants? Welcome to The Great British Bake Off Musical, the stage version of the baking competition that has inspired the nation to make cake, bake bread and get to grips with biscuits. Would we all have baked so much through lockdown without it to inspire us? Who knows. The show enjoyed nightly standing ovations during its world premiere in Cheltenham, now it’s transferring to the West End on 25th February 2023 for a 12 week season lasting until 13th May 2023.

Meet the bakers. There’s a policeman, a carer, a sixth form student, a retired dinner lady, an environmentalist vegan, an Italian fashionista, and more. Some of the cast has already been announced. John Owen-Jones plays the judge Phil Hollinghurst, a character based on TV show judge Paul Hollywood. It also stars Aharon Rayner, Charlotte Wakefield, Claire Moore, Damian Humbley, Jay Saighal, Michael Cahill and Scott Paige. We’ll reveal the rest of the cast once they’re confirmed. The book, music and lyrics come from Jake Brunger and Pippa Cleary. The lighting design comes from Ben Cracknell and sound design from Ben Harrison. Rachel Kavanaugh directs. The choreography is by Georgina Lamb, with set, costume and cake designs by Alice Power. Buy cheap tickets for The Great British Bake Off Musical from us and prepare for sheer magic.