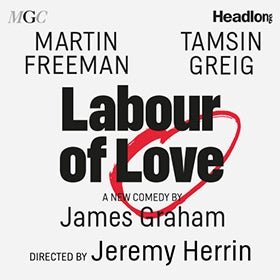 James Graham has apparently wanted to explore this subject for a long time. Now he's done it, in a play that stars Martin Freeman and Sarah Lancashire. It's called Labour of Love, a fresh new comedy that contemplates the “existential crisis of the Labour party”, aptly set in the post-industrial world of the Labour party's northern heartlands, in a fictional community. At the centre of the play sits the broken link between the working-class type of community that the playwright grew up in, a hotbed of violence during the 1980s famous Miners' Strike, and the Labour Party.

Martin Freeman has wowed audiences in The Hobbit, Sherlock and The Office, last appearing on stage in 2014 playing Richard III. This time he plays a Labour politician obsessed with Blairite politics. Sarah Lancashire recently won a Bafta for her role in TV's Happy Valley, and she plays the MP's constituency agent, a woman who is more of an old-school Labour supporter, passionate about policies and deeply involved in her local community. The results is fireworks of the best possible kind, perceptive, funny and brilliantly intelligent.